Menu
NEED HELP?Contact Us
Donations
Eliza Jennings is dedicated to the health and safety of those we serve and are taking precautions based on Centers for Medicare and Medicaid Services requirements. CLICK HERE for a full statement regarding our UPDATED COVID-19 precautions. 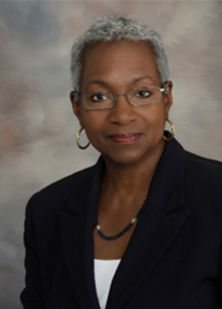 With more than 25 years of experience in fund development, Ms. Sereda leads the Advancement team comprising Eliza Jennings’ Fund Development, Public Relations, Marketing functions, as well as managing and executing special projects for the Network, such as Board Development. She directs all fund development efforts including, foundation relations; major gifts; planned giving and special events programming.

Ms. Sereda also oversees the development and implementation of Eliza Jennings’ public relations and strategic marketing plans. She serves as a spokesperson for the organization, and is an accomplished public speaker on topics related to aging, memory loss, and SAIDO Learning®, Eliza Jennings’ cognitive rehabilitation therapy program.

Prior to joining Eliza Jennings in 2011, Ms. Sereda served as chief development officer for YWCA Greater Cleveland. There, her accomplishments included the achievement of robust funding initiatives that sustained the organization and launched ‘Independence Place’, supportive housing constructed for youth aging out of foster care. Ms. Sereda also designed one of Cleveland’s most unique events, the Circle of Women Breakfast, attracting almost 600 women in leadership in only its second year, providing significant support to the YWCA. Ms. Sereda began her career as associate producer for a weekly documentary program, MONTAGE, broadcast on NBC’s affiliate station in Cleveland. She has also served as director of advancement for Hawken School and as executive director for the Cleveland Cultural Coalition, an association serving arts and cultural institutions in Northeast Ohio.

Ms. Sereda holds a Bachelor of Science degree in biochemistry from the University of
Nebraska. She is a long-standing member of the Association of Fundraising professionals (AFP).